The Way Out Refocuses The Salvation Army on Homelessness 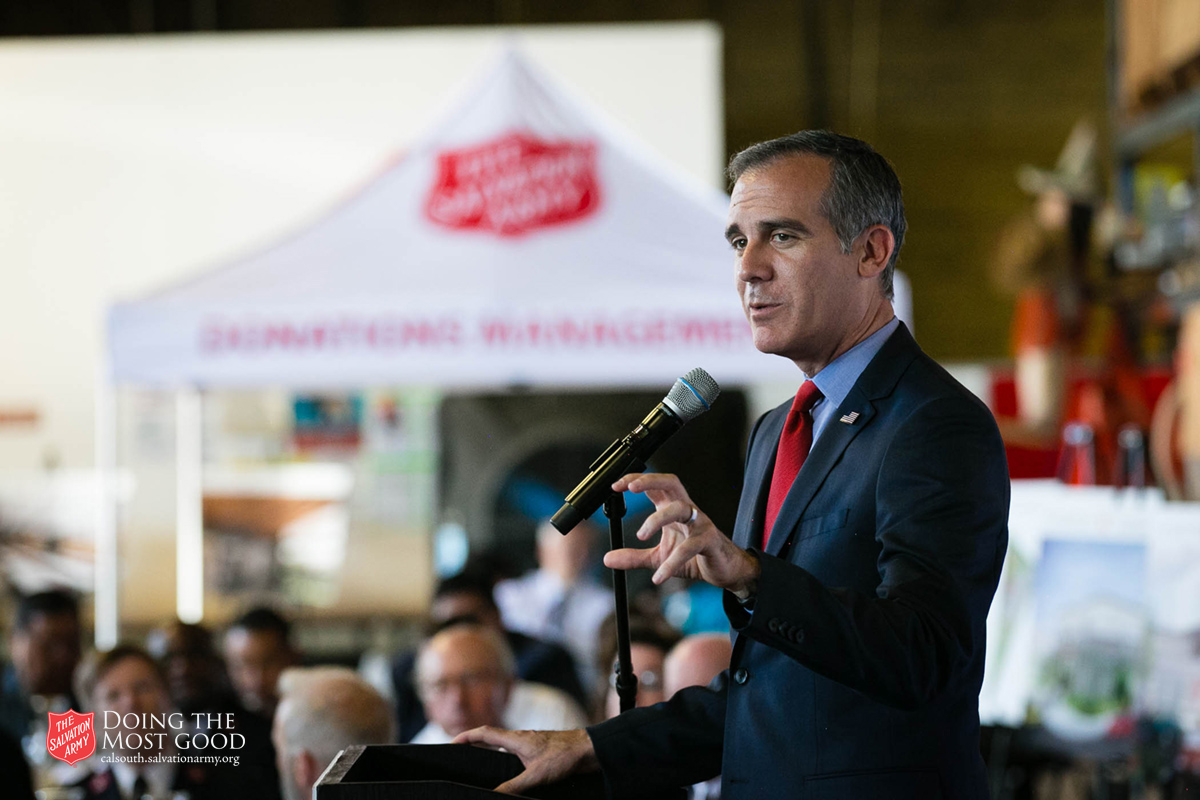 BELL, CA - The most recent census of the homeless population of Los Angeles County revealed more than 50,000 men women and children live on the street – that is the population of Palm Springs, California. There is no question the homelessness crisis in Southern California has attained critical mass. In direct response to this growing crisis, The Salvation Army’s California South Division, in partnership with its Western Territory leadership, hosted its “Way Out” homelessness forum last week. The forum also served as a launch announcement of its new "Way Out" campaign, which rededicates The Salvation Army on the urgent homelessness crisis.

A panel of government representatives, formerly homeless alumni from Salvation Army programs and community leaders discussed frankly and openly the causes of homelessness and most important of all, potential solutions to this issue, which, as The Salvation Army’s Western Territory Commander, Commissioner Kenneth G. Hodder put it, is a “scourge” and a problem that must finally be addressed on a massive scale.

That massive scale is The Salvation Army’s The Way Out initiative – a strategy of enhancing existing programs and building new programs with private, public and corporate support to address the scale and urgency of the growing homelessness crisis with proven, sustainable results. Across Los Angeles, San Diego and Orange County, The Salvation Army showed off plans for major bridge housing, shelters and more that will get people off the streets and into a nurturing, safe environment.

"The Salvation Army, founded in 1865 on the streets East London... Believes it has to take a leadership role," said Territorial Commander Kenneth G. Hodder. "I am announcing our intention to double our impact on homelessness in the Western United States within the next 5 years."

For more than 100 years, The Salvation Army has been serving people in Southern California, with services aimed at alleviating homelessness like food pantries and homeless shelters. It is this institutional presence and expertise that makes The Salvation Army a leader in the field, and with the help of communities, donors and leaders across the Southland, this work can be heightened to change the lives of the thousands of people in need. 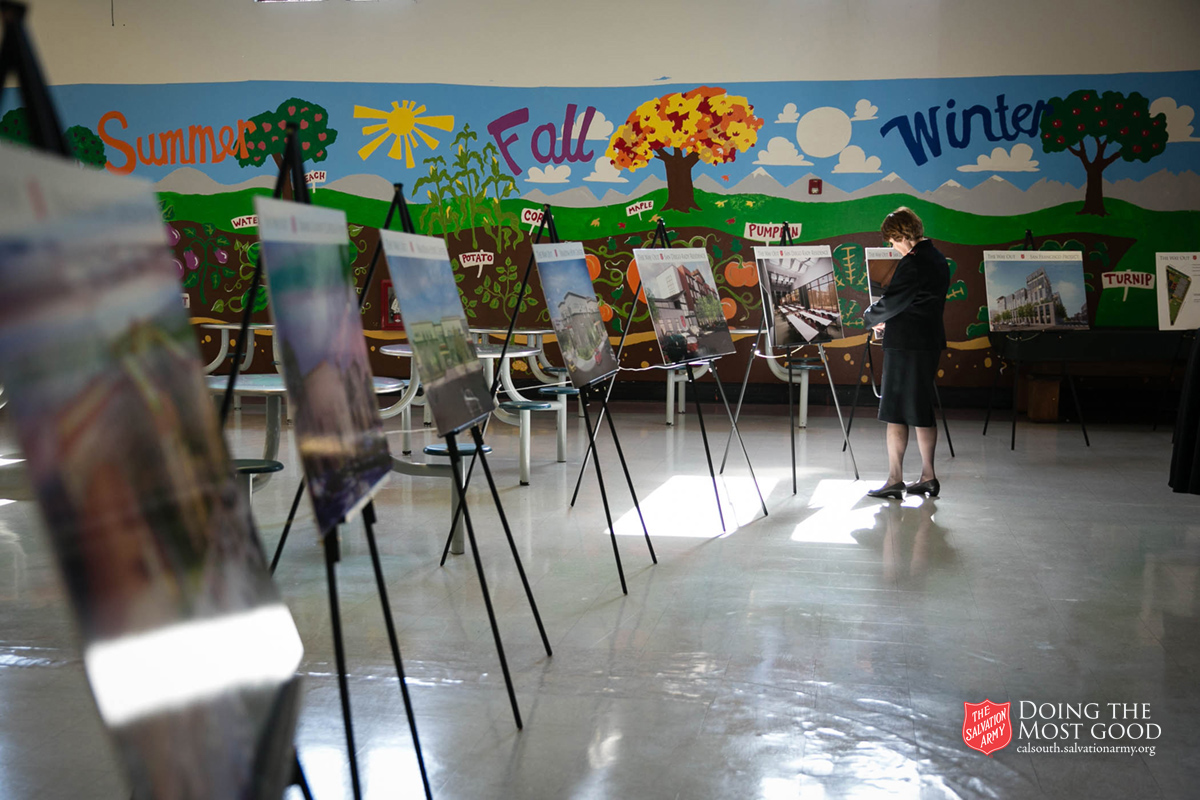 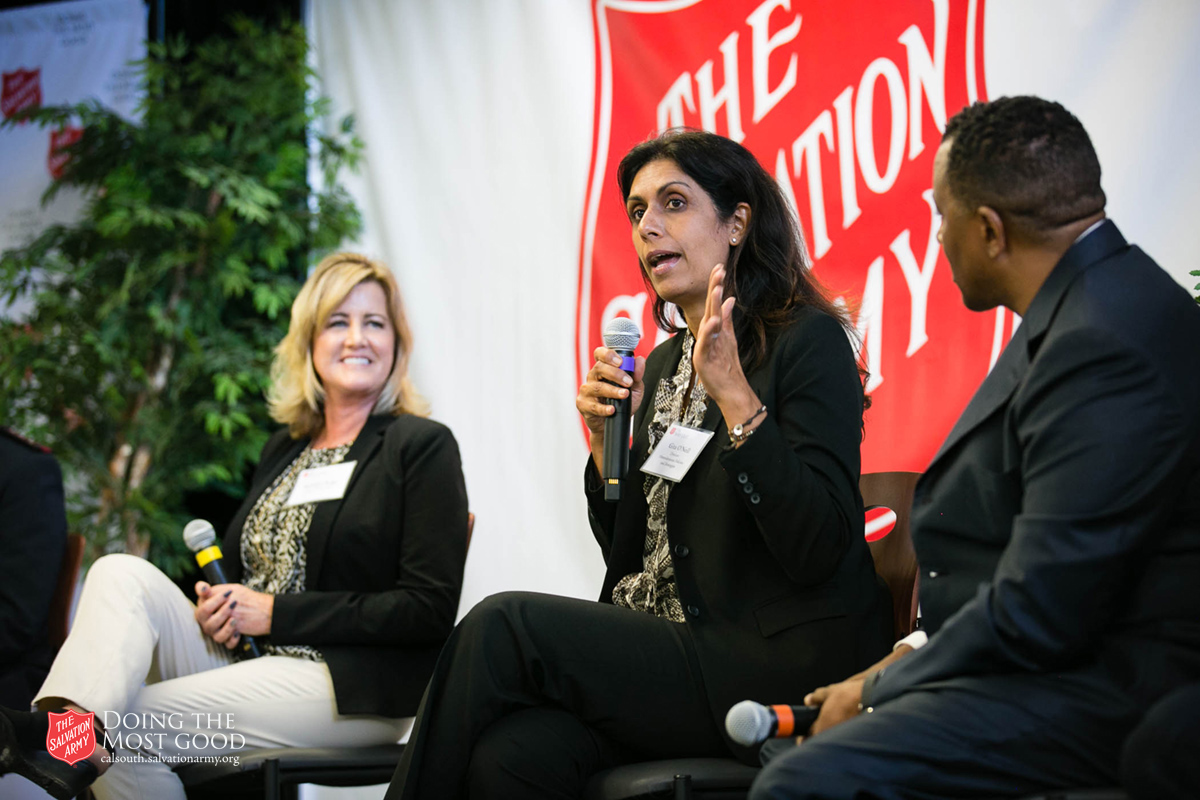 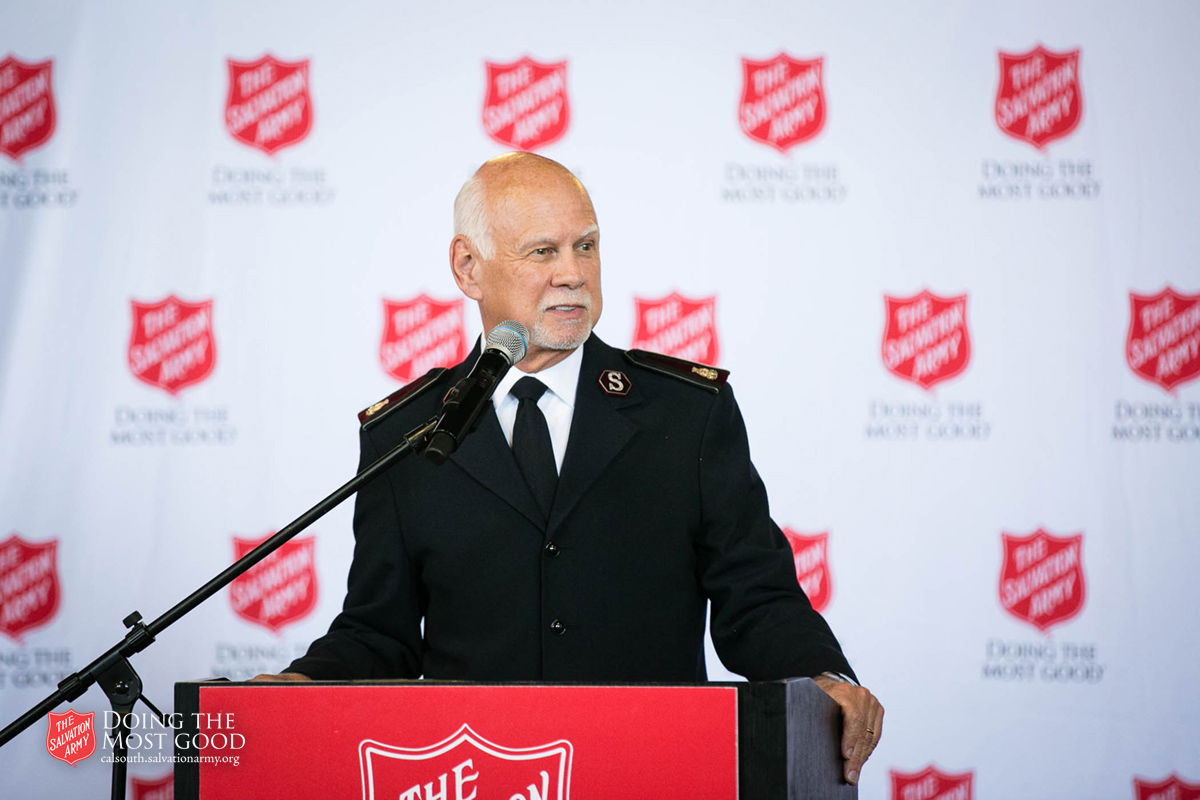